Sixteen sites in Israel, whose conservation is considered of international importance, have been declared World Heritage Sites. 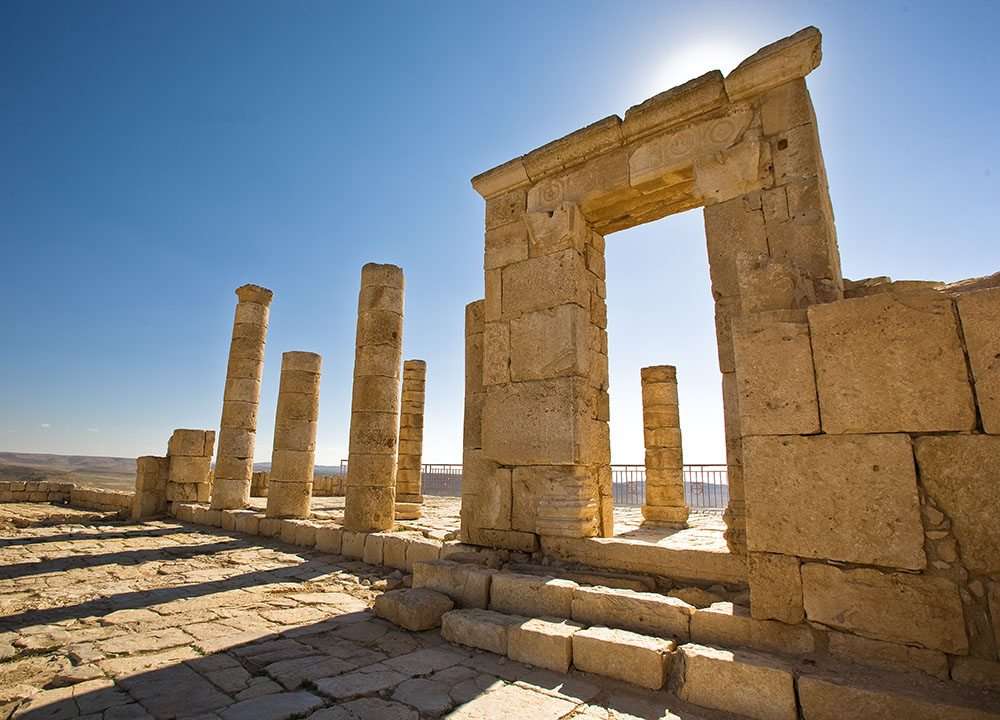 The Convention Concerning the Protection of World Cultural and Natural Heritage

This convention was established in 1972 by the United Nations. Through UNESCO, the United Nations Educational, Scientific and Cultural Organization, it seeks to define sites worldwide with cultural landscapes or cultural or natural heritage of outstanding universal value and to assist in protecting these sites. One hundred and ninety countries are signatories to the convention; Israel signed the convention in 1999.

Each year, UNESCO adds new sites to its list of World Heritage Sites. As of 2013, there were 981 such sites in 160 countries. These include the Great Wall of China, the pyramids of Egypt, the Grand Canyon in the United States, the Leaning Tower of Pisa in Italy, Mount Everest in Nepal and the Parthenon in Greece.

The Significance of Inscription as a World Heritage Site

Israel has prepared a list of 25 sites of major significance that it believes deserve inclusion on the list of World Heritage Sites. From these sites, the following have already been inscribed:

Nahal Me‘arot was inscribed as a World Heritage Site with outstanding universal significance due to its evidence of extinct early human culture and the supreme importance in protecting it.

The uniqueness of the caves in  Nahal Me‘arot National Park – The site was inscribed as a World Heritage Site due to the findings in four of its caves, Tabun, Jamal, El-Wad and Skhul, which were inhabited by humans continually over 500,000 years.

Remains of a number of early human cultures were found:

This is therefore one of the few places in the world where human cultural continuity can be found.

The Findings – Decades of scientific and archaeological research, which began in the reserve in the early twentieth century revealed amazing discoveries.

A variety of flint tools was unearthed, representing prehistoric human heritage and its development. Among the finds are evidence of the transition from a hunter-gatherer society to permanent, agriculture-based communities.

Since 1989, the Israel Nature and Parks Authority has been operating a visitor center in the reserve, which serves as the starting point for a visit to the caves and surrounding nature trails.

The inscription of Masada as a World Heritage Site defined the site’s universal significance to Jewish heritage and a symbol of the struggle for freedom.

Masada, situated on the eastern side of the Judean Desert, was declared a World Heritage Site in 2001 by UNESCO’s World Heritage Committee. The inscription means that UNESCO has recognized the extraordinary significance of the site to humanity and has acknowledged the importance of protecting it.

Among the reasons for inscribing Masada as a World Heritage Site – Masada is described as a symbol of the ancient Jewish kingdom of Israel and of its violent destruction and the subsequent dispersion at the end of the first century CE. UNESCO also stated: “The tragic events during the last days of the Jewish refugees who occupied the fortress and palace of Masada make it a symbol both of Jewish cultural identity and, more universally, of the continuing human struggle between oppression and liberty.”

The inscription noted in particular the following valuable elements at Masada: the Northern Palace, built by Herod, which is an outstanding example of a luxurious villa from the Early Roman period, and the siege works surrounding the site, which UNESCO calls “the finest and most complete Roman siege works to have survived to the present day.”

In 2014 UNESCO inscribed the Caves of Maresha and Bet Guvrin in Bet Guvrin-Maresha National Park as a World Heritage Site in recognition of their extraordinary cultural, architectural and historical significance.

The uniqueness of the site – The caves of Maresha are special because they are manmade. Humans have known how to quarry and utilize underground spaces in the chalk rock typical of the Judean Lowlands since the ninth century BCE.

On the one hand, chalk is soft and easy to quarry and on the other, it resists damage over time. For some 2,000 years, until the Early Islamic period (the tenth century CE), many caves were quarried in this area. Within Bet Guvrin-Maresha National Park are some 500 caves, which faithfully represent the thousands of caves that dot the Judean Lowlands.

The caves were used as:

Branching hideouts were also carved into the soft rock and connected by tunnels. These systems were used by Jewish rebels against Rome during the Bar Kokhba Revolt. The caves became a kind of underground city, although the inhabitants usually preferred to live above ground.

The Maresha caves are located in the heart of the Judean Lowlands and extend over 5,000 dunams (500 hectares). Within Bet Guvrin-Maresha National Park are the remains of the city of Maresha, which represents Judahite culture from the time of the Bible and Idumean culture from the Hellenistic period. In another part of the park are remains of the Roman city of Eleutheropolis, one of the most important cities of the Roman province of Palestinia Prima. Within the Roman city, only a small part of which has been excavated, impressive monuments have been discovered including an amphitheater, a bathhouse and part of the city walls. The national park also contains remains of the rock-cut Crusader fortress of Jiblin.

The Necropolis of Bet She‘arim in Bet She‘arim National Park was inscribed as a World Heritage Site on July 5, 2016 at the 39th UNESCO World Heritage Convention in Bonn, Germany. It joined the eight other World Heritage Sites in Israel, with the previous site, the Caves of Maresha and Bet Guvrin, inscribed exactly one year earlier. The 12-member Israeli delegation included representatives of the Ministry of Foreign Affairs, the Israeli UNESCO Committee, the Jerusalem municipality and the Israel Nature and Parks Authority.

The convention placed a great deal of on the severe state of antiquities sites due to intentional destruction in Syria, Iraq, Yemen and Libya.

The flourishing ancient city of Bet She‘arim became famous in the Roman period as an important Jewish center as the seat of the Sanhedrim and the great Jewish leader Rabbi Yehuda Hanasi. Rabbi Yehuda renewed Jewish presence in the Galilee after the Bar Kokhba Revolt (132–135 CE) and codified the first compendium of Jewish law, the Mishnah.

Rabbi Yehuda Hanasi’s burial at Bet She‘arim attracted many Jews from the Land of Israel and the Diaspora to seek burial there as well, out of the belief that burial near such a righteous person would help them reach Paradise. Thus the 30 quarried, branching burial systems of the Bet She‘arim necropolis, with its extraordinary universal vale.

This is the most ancient and densely populated burial grounds in Israel, and one of the most crowded in the entire Roman world. It is the most important ancient Jewish cemetery in the world, with a wide variety of architectural burial styles including rich and varied Eastern Roman Classical artistic styles that incorporated popular artistic styles as well, with hundreds of inscriptions in four languages (Hebrew, Greek, Aramaic and Palmyrene).

ICOMOS, the professional international body that evaluated the site, found it to have proven extraordinary universal value due to the artistic variety of the caves, which expresses the character of religious culture in the ancient world in an important period in Jewish history.

This is the ninth World Heritage Site, joining the list of sites inscribed in Israel to date following: