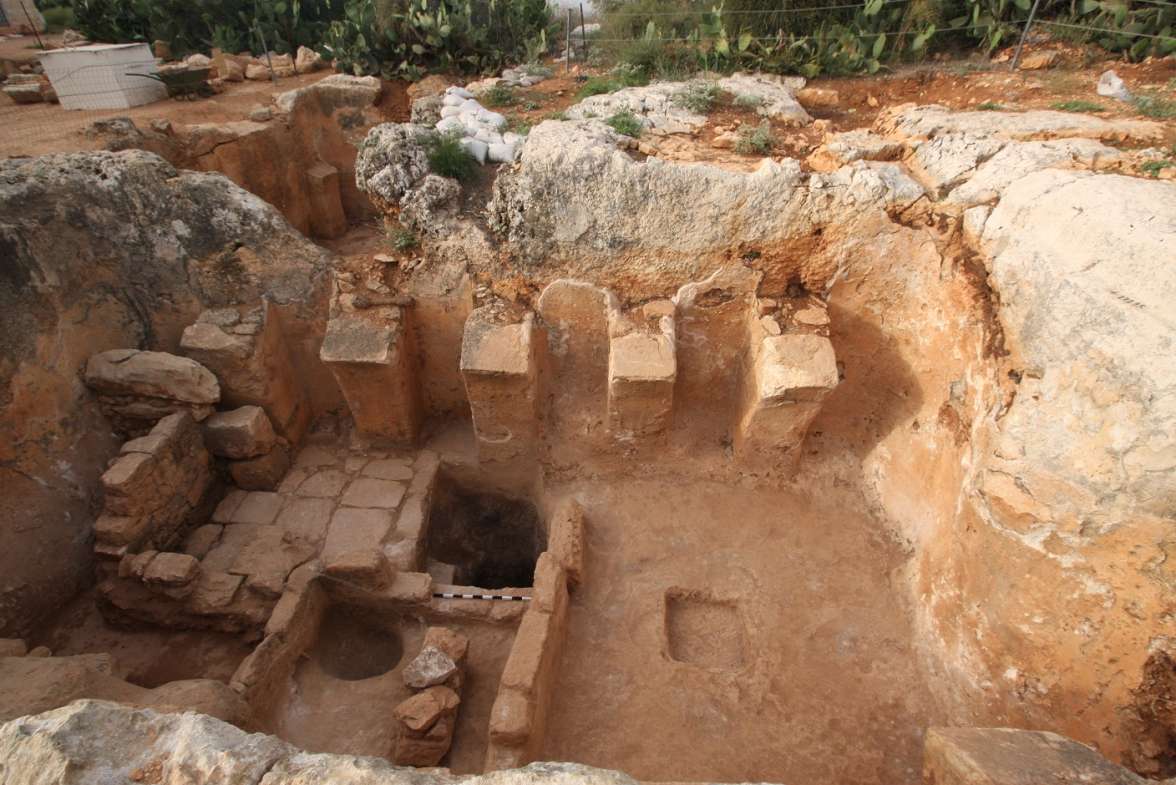 An ancient winepress, including a treading floor and a collecting vat from the Byzantine period (fourth–seventh centuries CE) was recently discovered in archaeological excavations led by the Israel Nature and Parks Authority in a reservoir from the Roman period in Tzipori National Park. No such winepress, built within an arched-roof reservoir that had gone out of use, has ever been found anywhere in the country.

The find was uncovered in excavations for tourist development in Tzipori National Park and scientific research led by Dr. Tsvika Tsuk, chief archaeologist of the Israel Nature and Parks Authority, together with Dr. Iosi Bordowicz and Dr. Dror Ben-Yosef, both INPA archaeologists, and in cooperation with Prof. Jim Parker, vice-president of the New Orleans Baptist Theological Seminary, which is providing partial funding. The excavation is under the auspices of the Israel Antiquities Authority.

According to the scholars, after the reservoir went out of use, apparently in the fourth century, it was later transformed into a winepress by construction additions and stone-hewing.

The treading floor measures 3.2 x 4.3 m and was cut into the rock. In the center of the floor is a depression to hold the screw for the secondary crushing of the grapes. Most of the rock-cutting was already done by time the reservoir was built. The collecting vat, which measured 1.5 x 1.7 m and 2.15 m deep, had four high steps to the bottom.

A small winepress or temporary storage chamber for grapes was found near the winepress. It measured 1.7 x 1.9 m and had a small, elliptical collecting vat measuring 0.6 x 0.7 m that was 0.5 m deep.

Winemaking in the Land of Israel flourished extensively during the Byzantine period because of the high demand for wine among Jews, Christians and Samaritans. The population at that time reached a high point, and some of the wine was also exported.

According to Dr. Tsvika Tsuk, chief archaeologist of the Israel Nature and Parks Authority: “This winepress was found in the larger of two arched reservoirs that are part of the impressive water system at the site, which included long aqueducts that provided water to the ancient city of Tzipori. The area of the reservoir in which the winepress was found measured 5 x 9 m, and was 3.5 m deep. Its roof rested on five arches.”

Tsuk adds that “the walls and arches of the two reservoirs were coated with white plaster over gray mortar which shows that they were hewn and built in the first century or the early second century CE, and it is believed that they served as the ‘water pool’ of ancient Tzipori.

“Now that the excavations are complete, visitors can already see these beautiful and impressive reservoirs, including the ancient winepress,” Tsuk says.

The reservoirs are located adjacent to and east of the entrance pavilion to the national park.

While the dig was underway, the excavation team and the Israel Nature and Parks Authority staff were able to move a century-old carob tree that had been growing in the reservoir. In a complex operation carried out by the INPA’s forestry department, Tzipori National Park staff members used a backhoe and a crane to successfully move the tree to the other side of the park’s entrance pavilion near a grove of olive trees.

Excavation of the Arches Reservoir began in 2002 when construction started on the entrance pavilion. Students from the Reali School in Haifa and from the Oded School in the Yodfat area took part in the dig, as well as many volunteers from the Amitim L’Tiyulim association and the New Orleans Baptist Theological Seminary. Some of the excavation was done by laborers provided by the M.M.S. company. Tzipori National Park staff and its directors, Yigal Yonash and Meital Aharon provided a great deal of assistance in all the excavation’s needs.

Now that the excavation is complete, the Israel Nature and Parks Authority plans to reconstruct some of the arches and the roof so as to show off the reservoir to visitors at its best.