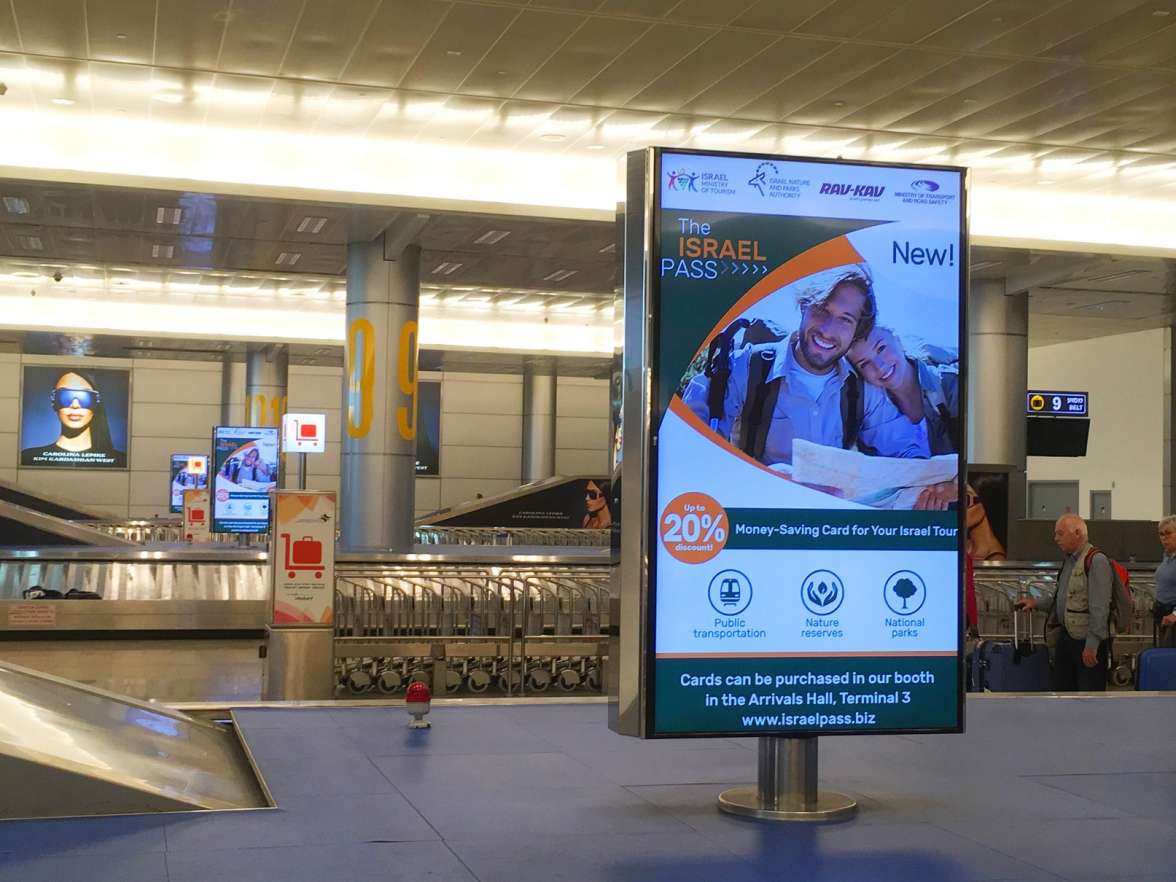 In response to the growing numbers of tourists to Israel and the desire to make their visit friendlier and more convenient, the Israel Nature and Parks Authority, the Transportation and Road Safety Ministry’s National Public Transport Authority and the Tourism Ministry have launched a multi-pass public transportation ticket combined with discounted entries to national parks and nature reserves.

This first-of-its-kind ticket is identical to the Rav Kav reloadable multi-pass public transportation ticket, but also includes entry to a number of Israel Nature and Parks Authority sites, like the cards now sold to tourists that provide entry to either three or six national parks or nature reserves.

Other agencies are expected to join the initiative in the future. A website with information in English has also been launched (www.israelpass.biz).

According to Israel Nature and Parks Authority Director General Shaul Goldstein: “The ticket is intended mainly for individual tourists who come to Israel for short-term visits. These tourists, whose number has gone up significantly in recent years, need a friendly, worthwhile way of combining public transportation with entry to a selection of national parks and nature reserves, at least some of which are on the “must-see” list of every Israel visitor. The launch of the new ticket, which was made possible by fruitful and ongoing cooperation with the ministries of tourism and of transportation and road safety, places us among leading big cities worldwide that offer similar tickets.” Goldstein added that: “The Israel Nature and Parks Authority invests major efforts in increasing the numbers of tourists to its sites, and in this framework it offers a variety of services using advanced technology to give visitors an even more enjoyable experience of our country.”

Through the program, which is currently defined as a pilot for a number of months, two kinds of tickets can be purchased, with entry either to three national parks and nature reserves or to six. Tickets can be purchased at the Transportation Ministry’s booth at Ben-Gurion International Airport (Terminal 3, the Arrivals Hall). In the future tickets will be sold at other points throughout the country and will include additional tourist sites as well as discounts on a variety of services such as accommodations and restaurants.