Join us on a fascinating journey to a unique part of Israel where only few have set foot in.
The Hula Nature Reserve is first and foremost a home to a wide variety of birds, animals and flora, but it is also a time capsule of history and nature in the north of Israel.
Though part of this enchanting nature reserve is open to visitors, there’s another part, a much larger one, that is closed. Few have the keys to this unknown area. Few had the opportunity to set their foot in. 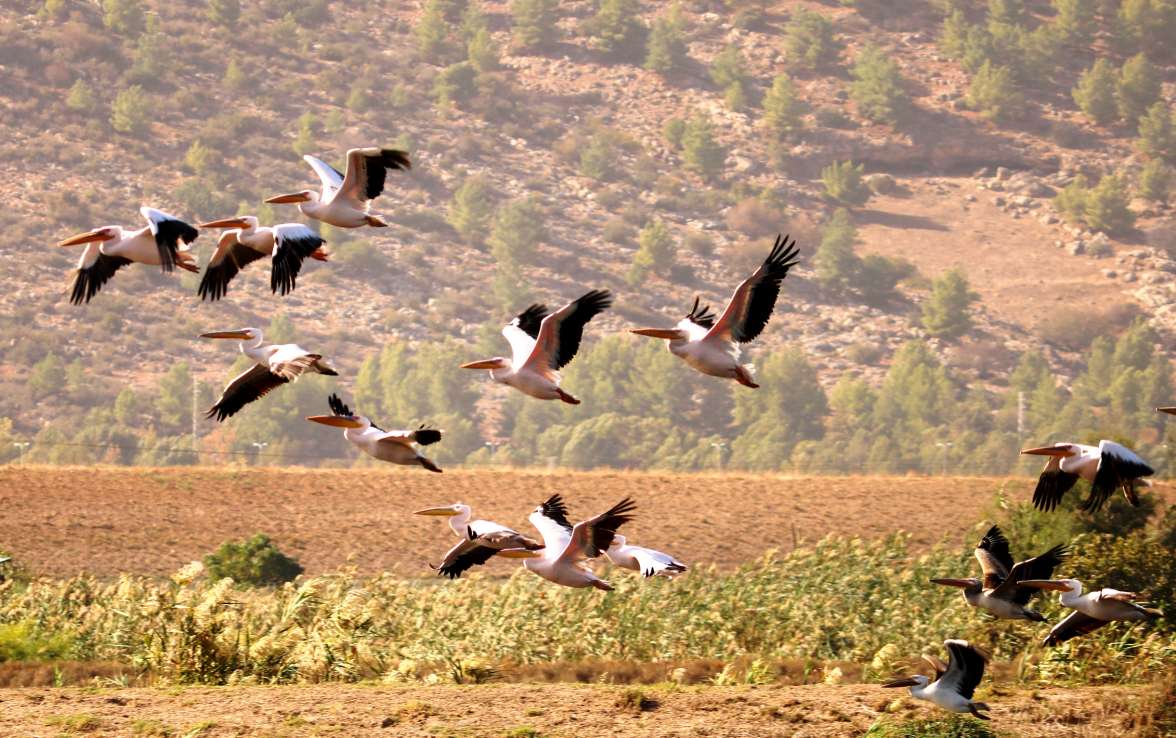 As with other wetlands, the original Lake Hula was much larger than what it is today, since it was dried out in the middle of the 20th century. Lake Hula isn’t recovering by itself. The swamps that were dried out are being recreated and the fauna and flora that vanished along with the water are being reintroduced.
Israel Nature and Parks Authority is working day by day to restore and preserve the natural balance, biological diversity and natural ecological processes that existed here in the past. Therefore, NPA is trying to create a balance between the active zone of the reserve – the area that is open to the public, and the closed part of the reserve, which serves as home to wildlife.
“The closed part of the nature reserve is a protected area. Our goal is to achieve a long-term conservation of nature; otherwise – many species might stop breeding, and eventually stop existing”, explained North District Ecologist of the NPA, Dr. Amit Dolev.

But what does the NPA do in this secret area of lake Hula? And how does it help?

A good example will be the decision to add new animal species to the reserve, like a local herd of cows (Baladi), an act that motivates “competition” on common resources between the species of the reserve. Nurturing extinct species like the Fallow Deer and Water Buffalos, also became part of this mission, in order to get various habitats in the reserve and rehabilitate the natural balance of the area.
Efforts to restore parts of the original swampland bear fruit. Today, like in the past, Lake Hula has different water levels in which a large variety of animals can find their home.

The migration season is in full swing and so is the drama and action here at the lake. At this time of the year, Lake Hula becomes a major stopover for migrating birds flying from Europe to Africa and back (and also a major birdwatching site!). Pelicans, cranes, stroks and other birds stop here on their long journey.
During the tour at this never-seen-before side of the Hula Nature Reserve, the National Nature and Parks Authority workers found two pelicans who were in need of medical care – one got tangled in strings and was release by the NPA workers, and the other, which was badly wounded, was taken to the Israeli Wildlife Hospital.
This incident is just another example of the importance of the closed area of the reserve, like North District Ecologist of the NPA, Dr. Amit Dolev, noted :“the balance between those two parts allows visitors to observe and experience the magnificent nature at the reserve, while allowing nature to flourish and prosper in the closed area.”